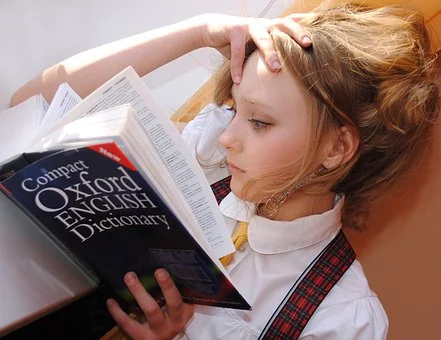 On the recording, you hear:

Woman : That’s right. He was fired.

narrator : What does the woman say about Arthur?

in your test book, you read:

from his job. The best answer to the question, What does the woman say about

Arthur? is (C) He was dismissed from his job. Therefore, the correct choice is C. B. Structure and Written Expression

Items in the first part of this section are incomplete sentences. Under each of

these sentences, there are four words or phrases. You will choose the one word or

The rest of the items in this section consist of sentences in which four words or phrases have been underlined. You must identify the one underlined expression – (A), (B), (C), or (D) – that must be changed in order to correct the sentence.

In this section you will read several passages. Each one is followed by a number of questions about it. You are to choose one best answer, (A), (B), (C), or (D), to each question. Then on your answer sheet, find the number of the question and fill in the space that corresponds to the letter of the answer you have chosen.

Answer all questions about the information in a passage on the basis of what is stated or implied in that passage.

John Quincy Adams, who served as the sixth president of the United States from 1825 to 1829, is today recognized for his masterful statesmanship and diplomacy. He dedicated his life to public service, both in the presidency and in the various other political offers that he held. Throughout his political career he demonstrated his unswerving belief in freedom of speech, the antislavery cause, and the right of Americans to be free from European and Asian domination.

To what did John Quincy Adams devote his life?

According to the passage, John Quincy Adams “dedicated his life to public

service”. Therefore, you should choose (B).

In the third sentence, the word “unswerving” is closest in meaning to ….

“throughout his career”. This implies that the belief did not change. Therefore, you

Read the text to answer questions 1 to 9.

The next famous woman writer to be considered is Dorothy Parker, an American poet, short story writer, and literary critic who became famous in the early twentieth century for her witty but cynical observations on life. She got her first paying job as a writer in 1916 at the age of twenty-three when she began working for a women’s magazine, and nine years later she became a contributor to The new Yorker and regularly had her book reviews appear in “Constant Reader”, a column in that magazine.

In addition to her magazine work, she published volumes of poetry and short stories with the recurrent themes of disappointment with life and the loss of idealism; these pessimistic themes, however, were presented with biting wit. One of her most famous observations, “Men seldom make passes/At girls who wear glasses,” came from the poem “news item,” which was published in the volume Enough Rope (1926). This volume of poetry was followed by Sunset Gun (1928), Death and Taxes (1931), and a collection of short stories, Here Lies (1939). Her book reviews were published in 1970 in a volume entitled “Constant Reader”.